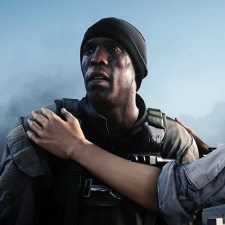 The actor – best known for his portrayal of Omar Little in HBO's The Wire – was found dead in his New York apartment on Monday, September 6th.

He is also known in the video games community for lending his voice and performance for the character of Kimble "Irish" Graves (pictured) in Battlefield 4 and the upcoming Battlefield 2042, as well as Archie Baldwin in NBA 2K21.

No cause of death has been officially announced yet, but the New York Post reports that it is suspected he died after a heroin overdose.

"It is with deep sorrow that the family announces the passing of Emmy nominated actor Michael Kenneth Williams," his rep Marianna Shafran told the Hollywood Reporter.

"They ask for your privacy while grieving this unsurmountable loss."