Vela Games lands $17.3m in Series A funding round 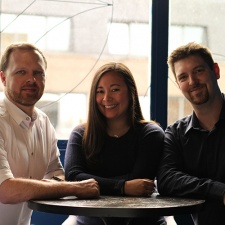 Game developer Vela has scored $17.3 million in investment from its Series A funding round.

The studio saw a cash injection led by Novator, while Ubisoft and London Venture Partners also chipped in some money. This investment will apparently allow Vela to make its first game, dubbed, Project-V. This is a multiplayer online co-op experience, something that the developer has coined as the MOCO genre (for some reason).

Project-V is currently in a pre-alpha stage of development following the studio rolling a public playtest for the title earlier this year.

News of this Series A funding follows Vela scoring a $6.9 million investment back in 2018.

“Our sights are set high with the goal of introducing MOCO to the world and taking co-operative games to the next level," co-founder Travis George said.

"The response from playtesters so far has been incredibly positive and has only strengthened our commitment to expand on our unique gameplay formula, where skillful teamplay and adapting to the unexpected are truly rewarded.

“We’re pleased that our investment partners share our passion and excitement for what we’re creating with Project-V. We have ambitious plans for the game and what it will become, and in the coming months we look forward to growing the Vela team and our player community.”

Back in 2019, we caught up with Vela co-founders Travis George, Lisa Newon George and Brian Kaiser to discuss why these veterans of EA and Riot Games departed to set up their own venture.