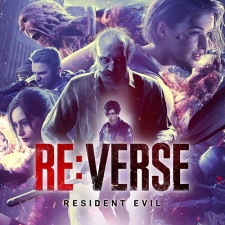 Japanese publishing giant Capcom is once again trying to turn Resident Evil into a multiplayer experience.

The firm revealed Re:Verse yesterday during its showcase event for the upcoming Resident Evil Village. This is a multiplayer experience that allows players to take on the role of the horror franchise's main characters, including Leon S Kennedy, Jill Valentine, Chris Redfield, Ada, Junk and Jack Baker, aka the crazy old dude from Resident Evil 7.

We suppose that this is a good use of the fancy RE:Engine assets that Capcom will have created not only for Resident 7 and 8 – aka Village – as well as the remakes of Resident Evil 2 and 3.

Matches pit teams of between four and six players together and last five minutes, with characters who die turning into a zombie to harass the still-living, which is a pretty neat mechanic.

This Resident Evil multiplayer title comes in the wake of 2016's Umbrella Corps which boasts Metacritic scores of 36 and 38 on PlayStation 4 and PC respectively.

Re:Verse is set to launch on PS4, Xbox One and Steam later in 2021. Players who buy the upcoming Resident Evil Village – which launches on May 7th – will receive Re:Verse for free.

At the time of writing, the Resident Evil series has sold 105 million units since its 1996 debut.