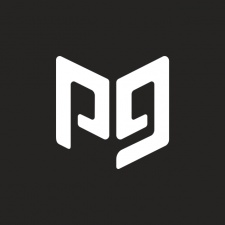 Since exiting its beta period just under a year ago, ProGuides has paid out $2 million to its coaches. The company, which was founded in 2015, started off by offering 52 on-demand, video-first courses introduced by industry professionals and personalities. Since 2019 it's been delivering a different kind of service, one where players can connect directly with pro players to get one-to-one coaching.

Over 70,000 sessions have been conducted, averaging at about 22 minutes each and costing around $20 a pop. While there are 1500 different ProGuides coaches, it's only the top ten pros that are earning in excess of $6000 a month.

"ProGuides is more than courses and coaching," said Kristoph Oedman, co-founder of ProGuides in a press release. "We're building a community of gamers looking to improve, and in the process, support each other. To do that, we're creating a 360-degree vision around our professional content and remain committed to best serving the unique personalities that count on ProGuides to get better."

It isn't just players looking to break into the upper echelons of the Esports elite who are going to ProGuides for training. There are parents looking to keep up with their kid's hobby, fans of some of the streamers and pros involved in the coaching are jumping on to play with the heroes, and young professionals are taking the hassle out of online matchmaking and getting the most out of their gaming time by increasing their skills.

"ProGuides is committed to helping gamers get better, and instructors make real money. With $2M in total payouts, video game coaching is now a legitimate gig economy option, and we expect the market to only grow with persistent demand for personalized instruction," said Sam Wang, CEO of ProGuides.

One thing ProGuides credits its growth for is the uptake in gaming during the pandemic. As reported by Nielsen, there's been a 46% growth in gaming in the US during the COVID crisis