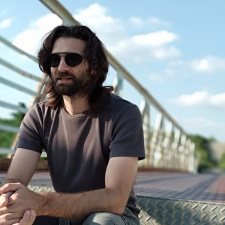 RPG title Kenshi has shifted more than a million units since its launch almost two years ago.

This milestone was revealed by developer Lo-Fi Games on Steam, who thanked the community that had formed around the title. The studio also said that the proceeds of Kenshi's success so far are being invested in a sequel, which is being made by 15 staff this time around. Lo-Fi is also setting up a new studio in Bristol in the UK.

The original Kenshi was developed by mostly one person, Chris Hunt (pictured), who spend 12 years making the game.

"After 12+ years of development and less than 2 years of the official release, Kenshi has hit a milestone of 1 million global sales," Lo-Fi wrote.

"We wouldn't have made it this far without the support of the community who's been there from the very early stage and have continued to come back to Kenshi throughout the years. Proceeds gained from Kenshi are now invested in developing Kenshi 2, with the expanded team of 15 and a new office in Bristol.

"Keeping everyone safe is our priority with COVID, so we are taking time setting up the office with only those who are comfortable to come in for work. Considering where things are heading in the UK, it will be a while when we can fully kit the office and show some pictures in the blog, but we are fully intending to do so in the future."

Kenshi 2 is being made in Unreal Engine and takes place over 1,000 before the original game. When Kenshi was originally launched, we caught up with Hunt to find out more about the title's long development process.