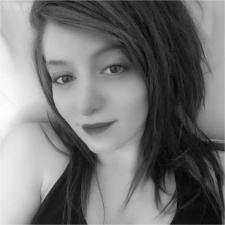 Former professional League of Legends player Maria "Remilia" Creveling has passed away at the age of 24.

The official Twitter (below) account for The League of Legends Championship Series (LCS) confirmed the news, as did her boyfriend.

"So all I'll say is the 4 months I knew her were the best of both our lives and although she deserved so much more, it was a privilege to know her for the short time I did. RIP Maria, I love you.

In 2015, Creveling became the first woman to compete in the LCS. She competed on team Renegades, however, she soon left the squad following various forms of harassment through Reddit and Twitter.

Some people went so far as to reveal aspects of her personal life that she would have preferred to keep private.

On top of this, in 2018 she revealed that while playing for the Renegades she was in pain due to botched surgery. The discomfort made it difficult for Creveling to play games on stage.

We mourn the loss of former LCS pro player Maria “Remilia” Creveling and extend our deepest condolences to her family, friends, and fans. pic.twitter.com/a6JPHPWbFw

League of Legends Mid-Season Invitational has been cancelled