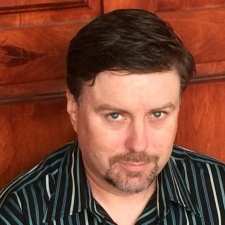 The news was broken by the official Twitter account of Pantheon (below), the project that the development vet was working on at Visionary Realms where he was CCO and the executive producer, as well as gameplay and tools programmer.

On the Pantheon forums, communications director Benjamin Dean announced McQuaid's passing, saying that he was a visionary and mentor.

"It is with deep regret and profound sadness that we share that Brad McQuaid, Chief Creative Officer of Visionary Realms passed away in his home last night," he wrote.

"Brad was a visionary, a mentor, an artist, a trailblazer, a friend, a husband, a father. He touched thousands of lives with his dreams and concepts. He changed the landscape of video games forever. He will be deeply missed and forever remembered in life and in Pantheon.

"Thank you, Brad, for bringing us together through your worlds. Rest in peace, Aradune.

"All of us at Visionary Realms offer our deepest condolences to Brad’s family and during this most difficult time, we kindly ask that you respect the privacy of Brad’s family."

It is with deep regret we share that Brad McQuaid passed away last night. He will be deeply missed and forever remembered by gamers worldwide.

Thank you for bringing us together through your worlds. Rest in peace @Aradune.