Games spending by consumers reaches $9.1 billion in Q3 in the US, says NPD 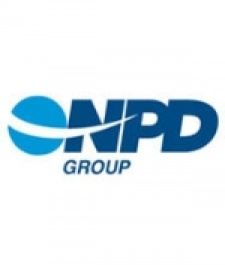 In the US alone, games spending by consumers increased one per cent year-on-year in Q3 2019 to $9.1 billion.

According to The NPD Group, the overall spending for the year-to-date in the US is $27.9 billion, an increase of one per cent year-on-year. The slight increase is thanks to the double-digit percentage gains of mobile, digital console content and subscription spending.

On the flip side, there were declines across digital PC content, hardware, accessories and physical console content.

However, the Nintendo Switch still saw good sales, but hardware sales declined 22 per cent in the third quarter to $575 million. Overall, console sales decreased 23 per cent year-to-date to $1.9 billion.

“Growth in digital content spending on consoles has also been remarkable, driven by live service games that are building consistent engagement ties with consumers. These factors have allowed the industry to reach growth, despite challenges in other categories of spend.”

However, despite the drop in revenue, 2019 has seen the third highest year-to-date total for accessories.

Report: Over half of US "active gamers" play on PC