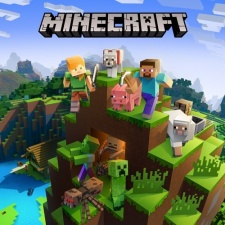 Minecraft is no longer receiving its high-end graphics overhaul, according to the game's website.

Originally announced during E3 2017, developer Mojang has chosen to cancel the Super Duper Graphics Pack due to being unhappy with how it performed across multiple devices.

The project was designed to enhance Minecraft's graphics on Xbox One X and high-end PC’s, and would feature 4K and HDR support.

Despite being 10 years old, the game continues to perform well, having sold over 176 million copies as of May 2019. In October 2018 Mojang revealed that Minecraft still boasted 91m monthly active users.

The developer says it will look into other ways for its player base to enjoy Minecraft with a new look.

“Super Duper was an ambitious initiative that brought a new look to Minecraft but, unfortunately, the pack proved too technically demanding to implement as planned,” said the team in a website update.

“We realise this is disappointing to some of you – there was a lot of enthusiasm for Super Duper from inside and outside the studio – but unfortunately, we aren’t happy with how the pack performed across devices. For this reason, we're stopping development on the pack, and looking into other ways for you to experience Minecraft with a new look.

“Minecraft is available on a wide range of platforms, and we’re constantly trying to make the most of the technical architecture of each one. We’ll be able to share more on that subject very soon.”