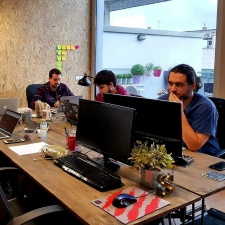 Workers at Spanish indie publisher Sindiecate are reporting that upper management has been impossible to contact since last December.

The company, which had colloquially been named Spain’s answer to Devolver Digital, owes $33,500 (30,000EUR) to staff and contractors at Sindiecate and development studio Brainwash Gang.

Staff were given an unexpected month-long holiday last Christmas and found the office closed upon return - along with an email recommending they resign from the company.

Sindiecate PR and business development manager Juan de la Torre told GamesIndustry.biz that while things had been uncertain for a while, the collapse began to hit home in the wake of Gamescom 2018.

"[CEO Fernando Ortega] turned off his brain long ago," said de la Torre. "He was just sitting as the CEO, doing nothing. We put on standby loads of conversations with interesting games because he didn't even read the emails.”

"We were doing memos to have weekly meetings, they didn't even read them, or show up to the meetings. He just turned his mind off and the company was just in the hands of [co-founder Claudia Ancajima], who didn't even like video games. She didn't play or try to understand the industry, to get to know it. She was always talking about going to the Bahamas. It was like, 'What the fuck? If you don't care, let us care.'"

Apathy and misconduct on the part of the two co-founders wasn’t the end of it. It transpired that many staff members were working without a contract, registered for social security, or were even technically considered self-employed.

Lawyers representing Ortega and Ancajima told Spanish outlet Teknautas that the pair are currently in Peru - while staff attempt to work with the police to access over $2,230 (2,000EUR) worth of personal belongings left in the now-locked Sindiecate office.