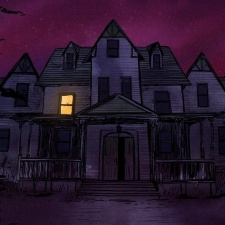 Games developers have taken to Twitter to share some of their most embarrassing development crimes committed in their releases.

The conversation was kicked off by Fullbright co-founder Steve Gaynor, who revealed that the bulk of Gone Home’s data was stored on two giant uScript graphs - the visual editing tool used in Unreal Engine 3. He then called for other developers to share their “game dev crimes”.

please share your most embarrassing game dev crimes. Mine: all the scripting in Gone Home is contained in 2 gigantic uScript graphs, bc I didn't know about interlinking many smaller graphs at the time. It's only 2 bc the first one started running too slow to navigate. Your turn.

The tweet has gained over 900 replies at the time of writing from developers across the industry. It’s a goldmine of all sorts of hacks, tricks and brute forcing techniques that show the messiness involved in getting a game onto store shelves.

Waylanders narrative designer and former Telltale staffer Emily Buck shared how one intermittent scene in The Walking Dead: Michonne was pasted together with cut lines from elsewhere in the game to fix an important plot hole.

Meanwhile, Campo Santo’s Jake Rodkin explained that the day/night cycle in Firewatch’s free roam mode is controlled by a water-wheel of triggers slowly rotating through the player character Henry, as the game was built to only respond to Henry’s position.

Other Twitter responses include elevators that break all laws of physics, cars disguised as handguns and game logic managed by invisible elevators falling from the sky.

Game development is complex. Whether indie or triple-A, all games contain quick and dirty hacks meant to solve issues where there might not be time or budget to create more informed solutions.

Gaynor’s thread has given developers the opportunity to share just how weird and wild these solutions can often get.