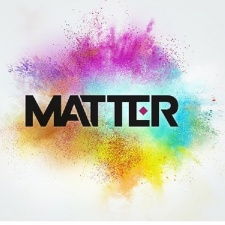 Destiny and Halo developer Bungie has filed a trademark for an as-yet-unannounced project named “Matter”.

The studio submitted an application to the European Union Intellectual Property Office on September 28th, as discovered by ResetEra user yoonshik.

The filing is sparse but has been submitted under categories 9 and 41 - unsurprisingly for game developer Bungie, these categories are “computer game software” and “online entertainment services” respectively.

A new title may be a result of a $100 million investment from NetEase this July, with intent to help accelerate Bungie’s vision in “becoming a global, multi-franchise entertainment company”.

Bungie has been solely concerned with developing online shooter Destiny for years now, after letting go of Halo near the end of the Xbox 360’s lifespan.

We don’t know what form Matter will take, but there’s a chance the veteran shooter studio could be going mobile. In the same investment announcement, Bungie CEO Pete Parsons praised NetEase’s involvement, saying it has “a significant amount of experience in mobile we don’t have.”