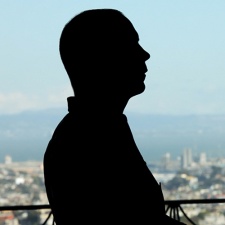 Speaking to GamesIndustry.biz, the maker of Braid and The Witness criticised the language for being too complicated.

"C++ is a language where they said: 'We're going to be C with a bunch of stuff added' and that was an okay idea," he said.

"But they made a lot of really bad decisions in the beginning and then they had to repair a lot of those decisions later on, and it's kind of a mess," says Blow.

"If you come to it and you're trying to learn it, a lot of what you're learning is just this rubble... when really you shouldn't have to deal with that at all. C++ is a powerful language in some ways, because it's what we make games in so obviously it's doing something right. But it makes it a lot harder than it should be."

But Blow reckons he has the solution - during the development of The Witness, the game maker started to toy around with making his own coding language called Jai. Blow and his studio Thekla has doubled down on this now after becoming focused on making The Witness, and is using the code on an upcoming unannounced project.

Jai, the developer says, boosts productivity by 15 per cent with this figure able to grow to between 50 and 80 per cent longer term.

"First of all trying to keep it simple, but secondly when you do add complexity -- because you always need to in order to make things happen -- how much benefit is coming from that complexity?" Blow said.

"How easy something is to understand [for the player] is what we think about in game design all the time. If somebody walks into this room... are they going to understand what is going on? How do we help them understand?

"Those same skills can translate to programming language design. I don't think it's too controversial to say that, most of the time, when programming languages are designed they are not designed by what we think of as designers. They are designed by technical people who are trying to solve a technical problem. So the hope is that bringing some design experience in there helps us get to a better result. And it seems to be working. I'm pretty happy with where we are. It's just a lot of work to get it done."

Mojang will make some of Minecraft’s Java libraries open source