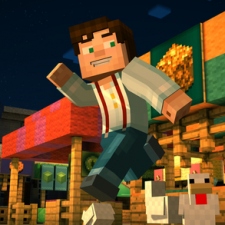 Streaming giant Netflix says it has no plans to get into the video games market.

This follows a story from TechRadar saying that the firm would be adding games to its offering, with the first being a streamable edition of Minecraft: Story mode from Telltale Games.

Netflix has since put out a comment to TechRadar to confirm that Minecraft: Story Mode is coming to it platform and that Telltale is making a Stranger things project. That will not be coming to Netflix.

But as far as the firm is concerned, this doesn't constitute getting into gaming.

"We don’t have any plans to get into gaming. There’s a broad spectrum of entertainment available today. Games have become increasingly cinematic, but we view this as interactive narrative storytelling on our service."

That Telltale is interested in being on Netflix's platform should come as no surprise - the firm has long seen itself as less of a video games company and more of a broader entertainment enterprise. That much is clear by publications such as Variety having the exclusive on most of the firm's announcements.

Bringing Minecraft: Story Mode to Netflix is likely a test project to get an idea of whether the audience on that platform has an interest in the kinds of narrative experiences that Telltale has to offer.