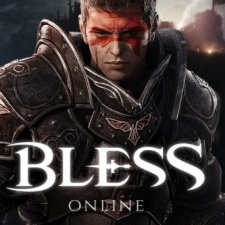 Bless Online launched into early access on Steam last monday, with all three editions snapping a spot in the Steam Top Ten. The defacto standard “Founders Pack” takes second place,, with a $120 Collector’s and $40 Deluxe upgrades landing at fourth and fifth respectively.

Seaworthy survival game Raft keeps afloat in third place, unmoved from where it set sail last week. The Forest, another open-world resource manager, likewise remains a stubborn entry after only dropping one spot down to ninth..

Best of the rest

Dark Souls Remastered opened strong at first place when it launched at the end of May, but slips five places to take sixth position this week. The 2011 classic hasn’t quite let its fire fade just yet.

House Flipper closes out the list at tenth, six places down from last week.

Below is the Steam Top Ten for the week ending June 2nd.