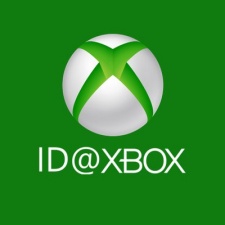 Titles from Microsoft's indie-focused [email protected] programme have brought in a whopping $1bn.

That's according to the scheme's chief Chris Charla, who revealed this in a blog post over on Xbox Wire.

That $1bn figure is roughly double the platform holder's previous milestone, which Xbox made at Gamescom 2017. Just seven months ago, the firm revealed that more than $500m had been generated.

"Now we have 2,800 developers with dev kits and almost 800 titles have launched across Xbox and Window 10 from 477 developers across the globe. I think we probably have all the continents covered. Since the launch of [email protected], more than 4bn hours have been spent playing our games, which is about 450,000 years. We obviously know the data, we know how much we have sold.

"But when you take a snapshot like that and look at the data altogether. It feels good. It feels like we're going in the right direction. At the same time, the feedback we are getting from the developers is positive. We put a lot of effort into making sure they have the best possible experience, and invest a lot in making sure we promote them as much as we can."

Pressed as to why the amount of money made by [email protected] games, Simonetta said it's a combination of its ecosystem as well as some particularly successful titles.

"You always have titles that are extremely successful; you have the outliers. In general, a lot of titles are just generating more money. We have very successful titles coming through. You have the big ones, you have outliers. They are unique. But in general we feel really good about the ecosystem. It's a combination of the entire ecosystem growing and some outliers that really help that."

GDC 2019 - [email protected] games have made more than $1.2bn in revenue since programme's launch