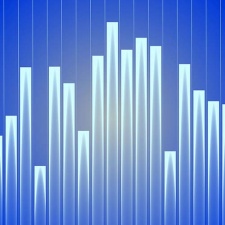 The PC games market was behind 28 per cent of total revenue spent in games in 2017.

That's according to GamesIndustry.biz, which cites Newzoo data, and represents a 1.4 per cent rise year-on-year.

23 per cent of the total spend was the $32.3bn splashed on boxed and digital PC titles, an increase of 3.8 per cent, while another four per cent is represented by the browser space.

That's actually a 9.4 per cent decrease year-on-year, but the market still brings in a tidy $5.2bn overall which isn't to be sniffed at.

This is Newzoo data, so will be an estimate, but the company's guesses are usually bang on the money.

GI also refers to SuperData research to try and figure out which PC VR games generated the most revenue in 2017, up until November 30th. First place goes to Superhot VR, with Arizona Sunshine coming in second place. The No.3 spot goes to Owlchemy's Job Simulator, one of the earliest hits on the platform, while Raw Data and Tilt Brush take fourth and fifth positions.

Some more interesting stats: the site reckons that 142,612 people attended the four major trade shows, GDC, E3, Gamescom and Tokyo Game Show. Tencent's market valuation of $500bn is the biggest ever for an Asian tech firm, with the tech and entertainment giant generated a whopping $8bn in games revenue for the first half of the year.

GI's full infographic is below. It also includes – ew – console and mobile games. If you're into that.