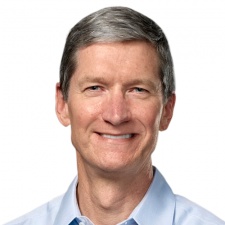 Apple CEO Tim Cookhas revealed plans for the company to invest $1 billion into a US advanced manufacturing fund.

As reported by The Verge, Cook stated that the money would come from its US cash supply, "which we have to borrow to get".

He added that he hopes the investment will have a ripple effect and see other companies invest in manufacturing.

The move is being seen as politically driven, possibly as a way for Cook and Apple to get in US President Donald Trump's good books. Trump's election promises included bringing more manufacturing jobs back into the US.

Cook didn't appear to want to side too closely with Trump, however. When asked on the relationship between Apple and the president, he said: "my view on working with any government in the world is that there are things that you will agree upon and things that you will not".

Immigration is one point on which Apple and Trump definitely do not see eye to eye. Cook has previously attacked a travel ban set in place by the president in January 2017, saying that "diversity makes our team stronger".

Apple probably won't struggle to invest $1 billion, based on its most recent financials. The company generated $52.9 billion in revenues in its Q2 FY17 revenues, with the Americas being one of its strongest regions.