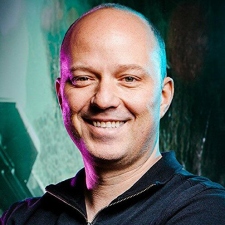 Long-time BioWare staff Mac Walters is leaving the studio after over 19 years.

The news came in a post on his LinkedIn profile, in which he said he had decided to depart the developer at the end of 2022.

"These past 19 years have been a life-changing experience to say the least, and it made the choice to go very difficult," Walters wrote.

"I’ve worked with so many wonderful people and had the privilege to be a part of the most amazing teams and projects. It’s hard to fathom it all, and I know I’ll be reflecting on it for years to come.

"Thank you to everyone I’ve had the joy of working with, and I wish everyone at BioWare the very best in everything you do. It’s truly been a pleasure."

Walters joined BioWare back in 2003 as a writer on Jade Empire. From there he was promoted to senior writer for Mass Effect in 2005, before being promoted to lead writer for the game's two sequels two years later.

It's not clear where Walters is off to next, though his LinkedIn profile states that he is taking a career break.