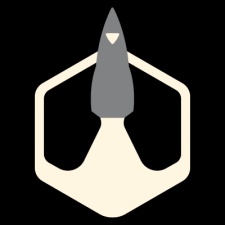 Hocking is best known for co-founding racing outfit Evolution Studios back in 1999 which he was studio director of until the developer's closure in 2019, in addition to working as VP of product development at Codemasters, which bought Evolution in 2016. He was also previously studio director at PlayStation's London and Liverpool studios, before rising to be VP of Sony Computer Entertainment Europe between 2011 and 2016.

Pannell is another PlayStation bet, having worked at the company as marketing director the its UK and Ireland branch between 2012 and 2015. Before that he held roles at Virgin Interactive, EA, Microsoft and Ubisoft, and has since worked at 2K as VP publishing in Europe between 2015 and 2021.

Rounding out the trio is Price, former SVP of global business at ArenaNet before rising to SVP of publishing at its parent company NCSoft.

"Since 2016, Build A Rocket Boy's team has been quietly growing and today we're delighted to publicly welcome Mick, Murray and Randall to the studio," Benzies said.

"Each of them brings a huge amount of experience, knowledge and passion to Build A Rocket Boy as we continue development on Everywhere, and we're looking forward to having more to announce from the team later in 2022."