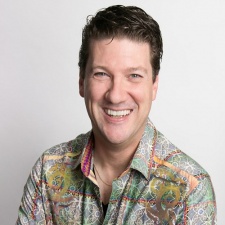 Randy Pitchford has stepped down from his position as president of Gearbox Software.

In a post on Twitter, the exec shared that the company's development arm will now be headed up by Steve Jones, who has worked at the firm for 22 years now. Pitchford himself is still the CEO and president of the overall Gearbox Entertainment business and is heading up the brand new Gearbox Studios arm, which is focused on the company's TV and film efforts.

"This move follows my commitment to our mission to entertain the world and our position to scale our creative engine via organic growth. Our organization is well poised for transformative increases in performance and scale," Pitchford wrote.

"With multiple triple-A projects underway and many more in our greenlight pipeline with Gearbox Software along with a raft of great games from Gearbox Publishing and an explosive transmedia business with Gearbox Studios, we are just getting started."

Earlier this year, Gearbox was acquired by European publishing giant Embracer in a deal worth $1.3 billion. At the time, Pitchford described this as a "rocket booster" for his company's ambition.

In August, Gearbox set up a studio in Montreal, Canada.