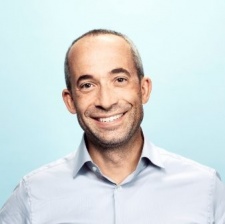 As reported by GamesIndustry.biz, Jason Bunge (pictured) has come on board as the firm's marketing boss from Electronic Arts, where he had worked for over five years. At that company, he oversaw brands including Apex Legends and the firm's Star Wars games.

Before that he spent ten years at Microsoft and a further 17 months handling marketing for Skype. That's on top of advisor roles for the likes of 9Mile Partners, the Californian city of Santa Clara and the Harvard Innovation Lab.

Riot says that Bungie will be in charge of its marketing and publishing efforts as it gets used to having multiple games in its roster.

"Jason's proven track record of deploying and sustaining games and his deep understanding of players are exactly the combination we were looking for in a CMO," said Riot's president of worldwide publishing, Jin Oh, who Bunge is reporting to.

"We knew we needed to find someone who connects with players and has demonstrated success in executing innovative campaigns."

Bungie's hire follows a troubled few years for Riot. In 2018, it came under fire for its toxic working culture and has tried hard to show that it is changing as a company. That being said, it has run into trouble in trying to settle a lawsuit against former staff who say they were discriminated against due to their gender.