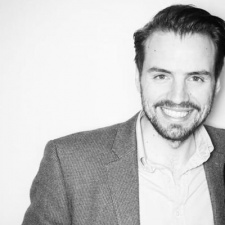 Microsoft's Santa Monica-based The Initiative studio has hired yet another veteran of The Last of Us maker Naughty Dog.

Character sharing technical director Lauren Garcia (pictured) announced his moved to the developer via Twitter, saying that he has come on board as senior shader technologies developer.

"So happy to announce that this week I joined at The Initiative," he wrote.

"This is an incredible team working on something truly special. It was so hard to left behind my friends at Naughty Dog. But I need to say thank you to Xbox and Phil Spencer to allow me be part of Xbox family."

Garcia is one of eight Initiative employees who down has having formerly worked at The Last of Us and Uncharted studio on LinkedIn.

Xbox announced The Initiative at E3 2018, alongside the acquisition of four other studios in Playground, Ninja Theory, Undead Labs and Compulsion. The venture is being headed up by Crystal Dynamics vet Darrell Gallagher, who joined the Big M in an unspecified role two months before the developer's reveal.

One year after The Initiative was unveiled, PCGamesInsider.biz took a look at who Microsoft had hired to work at its new studio. Since then, the firm has snapped up vets from Crystal Dynamics, Respawn and Naughty Dog.

Xbox boss Phil Spencer has said that the developer is working on both old and new IP.

Who is working at Microsoft's new The Initiative studio?