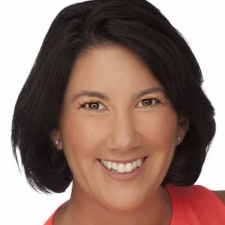 Per The Hollywood Reporter, Klasky has been hired effective immediately to lead the company's comms efforts. She comes from music royalty group Sound Exchange, where she has served as chief communications officer since January 2019.

Between 2009 and 2016 she worked at General Electric (GE), starting as the global director of the firm's public affairs department, before being promoted to comms chief of its energy management team. Finally, she became a senior advisor in the company between 2015 and 2016.

“Activision Blizzard is one of the most forward-thinking, creative brands across the media and entertainment landscape,” Klasky said.

“Alongside Bobby and his team, I’m looking forward to building the next chapter of their remarkable story.”

CEO Robert Kotick added: “I’m thrilled to welcome Helaine to the team. With more than 25 years in strategic communications and public affairs, her experience will be invaluable to our organisation. She's the right person to help us tell the next chapter of the Activision Blizzard story.”

A number of veteran Blizzard developers departed the company this year