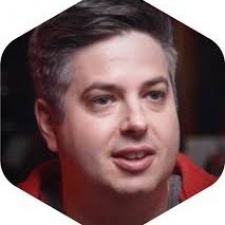 One of the first employees of Titanfall and Apex Legends maker Respawn has announced his departure from the studio.

Taking to Twitter (below), executive producer Drew McCoy said that he is moving on in his career and that he will miss the staff at Respawn. He also thanked the people who have played the company's games.

Like many Respawn staff, McCoy is a veteran of Call of Duty maker Infinity Ward, moving across to the Titanfall studio in May 2010 as an IT manager for the firm as well as a producer on Titanfall. In 2014, he rose to senior producer for Titanfall 2 before becoming an executive producer on free-to-play battle royale mega-hit Apex Legends.

There's no word on where McCoy is moving to just yet.

Between its surprise February 2019 release and October of that yet, Apex Legends attracted 70m players.

Today marks the start of a new adventure for me. I will absolutely cherish the last 10 years I spent helping start Respawn and ship some awesome games alongside amazing people. I'll miss the people the most - the daily arguments, successes, failures, and everything inbetween. 1/2