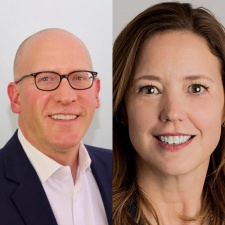 As reported by Variety, David Messinger (right) and Claudine Naughton (far right) have been hired as CMO and CPO respectively.

Prior to joining the publishing giant Messinger served as the CEO of management consultancy firm Verum Ventus. Before this, he was co-head of the Creative Artist Agency for 15 years and had a director role at Ticketmaster.

It’s the first time the publisher will have a CMO who oversees global marketing operations across all of the company’s brands.

Before joining Activision Blizzard, Naughton previously worked for the American International Group in a variety of leadership and HR-related roles for over 20 years. Most recently she served as the company’s executive vice president and chief human resources officer.

Naughton's hire as chief people office follows her predecessor, Brian Stolz, being moved to another senior advisor role in the company.