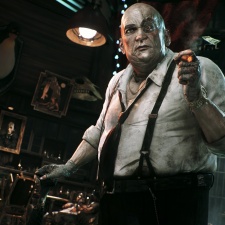 Batman: Arkham series developer Rocksteady has opened up applications for work on a new triple-A game.

The studio has opened job listings for 20+ positions, revealed eagle-eyed posters on Resetera. The positions span art, animation, code and QA, and range from permanent positions to “two-plus year contracts.”

Of particular note is the opening for a community manager, which mentions a “highly anticipated upcoming triple-A title.” This could easily be another entry in Rocksteady’s Batman series, but the company is also rumoured to be working on a Superman project.

The CM opening may mean that Rocksteady is ready to begin ramping up social media output on the new title. It’s possible we’ll hear what the company is working on sooner rather than later.

Other openings also confirm that Rocksteady will once again enter a collaborative partnership with Warner Bros. Interactive Entertainment.