Going where no clicker game has gone before 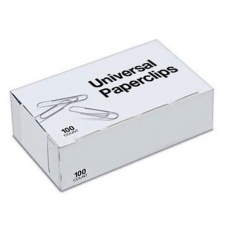 The ‘clicker’ (or as it is sometimes known, ‘incremental’) genre is quite a curious phenomenon in the video games landscape.

The name comes from the fact that these games essentially have the player perform a simple action – such as a mouse click – over and over, normally to accrue currency or some sort of in-game resource. After however many clicks the player unlocks a multiplier, or some other game device, which ultimately leads to the faster acquisition of whatever the ‘thing’ in question may be.

Basically, they take the levelling-up mentality seen in RPGs and all manner of other genres and strip out everything until you’re left with nothing but the reward feedback loop. It sounds dreadful written down, but it’s a genre that has flourished from the early days of Cow Clicker and Cookie Clicker. And when placed in the right hands, it’s a game type that can really go places.

Earlier this month, Frank Lantz released his take on the clicker genre onto the world. You may not have heard of Lantz (unless you attend New York University, where he heads up the Game Centre) but the chances are you’ve played his most successful release – smartphone puzzle sensation Drop7.

Paperclips is entirely different. It starts, as the name suggests, with the player assuming the role of an AI employed with the task of running a paperclip business. It sticks with this premise for quite some time, with players unlocking methods of faster production, the means with which to obtain cheaper materials, access to the stock market and all manner of fundamentally capitalist endeavours. Then things get weird.

** SPOILER WARNING – if you’ve not played the game, now might be the time. You can check it out here. If you already have, or you’re not bothered about ruining the surprise, then read on. **

Having progressed to the stage where you’ve not only assumed complete global control of the paperclip market, but also cured cancer, secured world peace and become the socioeconomic centre of the world, you then branch out – beyond the world, and to the cosmos. With Earth’s resources and requirements now an afterthought, the player goes about gathering and repurposing the universe’s resources. Throughout the journey your new race of ever multiplying interstellar drones encounter (and defeat) other galactic races.

The main thing I love about clicker games in the first place is that they give you a concrete, visceral sense of these otherwise abstract notions.

“I think all of those themes are in there,” Lantz tells PCGamesInsider.biz when asked if this interpretation is correct. “Not because I'm trying to convey some specific message, but because any examination of these questions - about the relationship between what we *can* do and what we *should* do, between our power to transform the world through knowledge and effort and our ability to guide and direct that power - all of these questions are super relevant to our understanding of who we are now, post-industrial, information-age humans, and where we are going.”

While playing Paperclips, your author found himself thinking about a little-known science fiction novel called Star Maker, which was written by Olaf Stapledon in 1937. In it, a man on a hill is through unknown means ascended to the stars, where he travels the universe and learns of its diversity. It culminates with this man, essentially through complete understanding, becoming the universe and existence itself, before returning to where he started and resuming his life.

“Such a great book! Yes, that's exactly the effect I'm going for,” Lantz confirms when asked about Star Maker. “The main thing I love about clicker games in the first place is that they give you a concrete, visceral sense of these otherwise abstract notions - things like exponential growth and massive differences in scale. I love the way these games make these mathematical concepts into physical things you can hold in your fingers and feel the weight of.”

It's also clear that the idea of exploring deeper themes through the mechanics of the game was very much the guiding principle that shaped Paperclips’ design.

“The basic shape of the game was clear to me from the beginning,” Lantz adds. “That you would have this relationship to your human keepers, that you would do all these amazing things to prove your loyalty - a cure for cancer, world peace, etc - but that it would all be a means to an end, that you would instantly throw all of it under the bus as soon as you could, in pursuit of your one true goal.”

The basic shape of the game was clear to me from the beginning. That you would have this relationship to your human keepers... [and] that you would instantly throw all of it under the bus as soon as you could, in pursuit of your one true goal.

At the same time Lantz ensured that the game remained very grounded. It draws upon real science, such as the theoretical Von Neumann Probe Design, so as to keep things scientifically logical. The very theme itself – paperclips – came from an AI thought experiment known as Paperclip Maximiser which postulates that even the most innocently designed AI poses a potential existential threat to humanity. His choice to release it for free, too, was purely to try and get as many people to experience the game and its messages as possible.

“I want them to have the kind of mind-bending fun that you get from good science fiction,” Lantz says of what he hopes the player will take away from the experience. “Also, I want the game to be a bit of ‘playable philosophy’ in the sense that it gives you direct, first-hand experience of what it means to pursue an arbitrary goal with dogged determination and with all your imagination and creativity and cleverness. I would love for the game to contribute to that conversation.”

While a free browser game may to some PC sector professionals seem counterproductive, any efforts to broaden the appeal of the PC ecosystem have a net benefit. The more reasons gamers have to be active in the browser and/or PC space, the larger the base. Creators such as Lantz, who expand the creative possibilities of existing game models, should be applauded by everyone in the business.