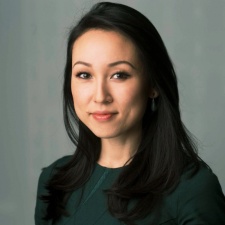 Activision Blizzard will fight if needed to make sure its deal with Microsoft is completed.

That's according to the Call of Duty giant's executive vice president and comms boss Lulu Cheng Meservey, who wrote on Twitter that the idea that this acquisition is anti-competitive is "absurd".

She went on to say that, actually, the deal would be good for the industry, saying that the US games market is facing more challenges from abroad. This is likely a reference to companies like Tencent and NetEase Games, who are trying to have a greater presence outside of their native China, as well as European firms like Embracer, which is hoovering up studios, publishers and IP at quite the pace.

"Seeing a lot of speculation about Microsoft's acquisition of Activision Blizzard," Meservey wrote.

"Any suggestion that the transaction could have anticompetitive effects is absurd. This merger will benefit gamers and the US gaming industry — especially as we face stiffer competition from abroad."

She continued: "We're committed to continuing to work cooperatively with regulators around the globe to allow the transaction to proceed, but won't hesitate to fight to defend the transaction if that's needed."

Meservey's tweets came in the wake of reporting that the US Federal Trade Commission is planning to file a lawsuit blocking Microsoft's $69 billion acquisition Activision Blizzard.