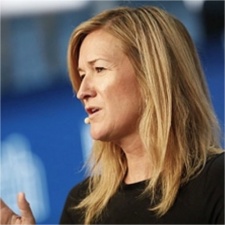 Super League Gaming CEO Ann Hand has said that she reckons that the global esports market will be worth $3 billion by 2023.

In an interview with Bloomberg Technology (below), the exec discussed the future of pro-gaming, saying that the medium had become a mainstream source of entertainment that people ‘don’t grow out of’.

"Right now the projections for esports is that it's going to be a $3 billion global market in 2023. I used to run a $3 billion business for BP ten years ago, and I would not get out of bed if that was just what this was worth," said Hand

"So I think it really just goes back to gaming is how people want to spend their time now as a primary entertainment interest and we're just figuring out how big the category can be."

The American company is a platform for amateur esports. Hand wants Super League Gaming to be a leader in proving how much money can be made in the market.

Hand continued: "Many investors see it as a fad until they have children or grandchildren, the game, and then when the light bulb goes off they realise that gaming isn't something you grow out of anymore.

"We're very uniquely positioned as the rare pure esports playlisted on NASDAQ. Most though, of the sports activity you're seeing are really private investments.

"We know there's a lot of money to be made in esports and we're determined for Super League to be the leaders in proving it."

Esports has grown in recent years, in July 2019 the Fortnite World Cup ended - a record-breaking $30 million in prize money was handed out during the event.

Other companies such as Konami are branching out into esports, the Japanese firm rebranded its flagship football title to eFootball PES, giving the game an esports focus.