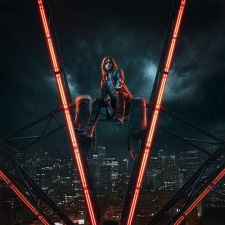 The former lead developer of Vampire the Masquerade: Bloodlines 2 studio Hardsuit Labs is laying off staff.

That's according to writer and narrative designer Anna Webster – as spotted by GI.biz – who posted on Twitter that the narrative department was among the areas of the company affected by these layoffs. Fellow narrative designers Samantha Wallschlaeger and Nicole Stanford also confirmed the news on Twitter, while former producer Austin Maestre has also been impacted.

"With that said, the workers associated with the project: from HSL devs past and present, every ops person, every contractor, every voice actor - they are who made that studio a great place to work. I am so grateful for them. Please support and boost them whenever you can," Webster said.

"We're crushed, but we will be okay. I'm so grateful for everyone that I have worked with at HSL (and those who have already reached out to us). Seriously some of the best and brightest RPG devs on the block. Unionize the games industry."

This news follows Vampire the Masquerade: Bloodlines 2's creative director and lead writer leaving the project in August 2020. Last month, Paradox bumped the release of the game from 2021 and said that Hardsuit Labs wasn't leading work on the project.