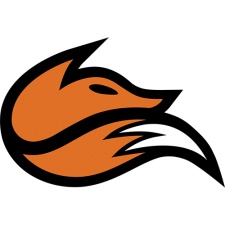 Speaking to Win.gg, an Echo Fox investor spokesperson confirmed that company had dissolved:

"All the players were let go. The staff was terminated. The logo and uniform, they're now a collector’s item."

Despite having great players in its fighting game division, the company was unable to continue paying salaries.

In October, the lawsuits between co-founder and general partner Rick Fox and his former partners Amit Raizada and Stratton Sclavos. Fox filed a multi-million dollar lawsuit against the pair for the misuse of investor funds.

"Rick Fox is now out of a job. He's no longer part of Echo Fox. He didn't walk away with anything. His lawsuit against Raizada and Sclavos is gone," said the spokesperson.

"All the investors had their investments put into hold by the courts because of Rick’s plans.”

It resulted in Riot Games removing the firms League of Legends franchise slot. The Evil Geniuses acquired the slot for $33 million - Riot gave $30.5 million to Echo Fox. However, The League of Legends creator did give the esports organisation time to remove Raizada.