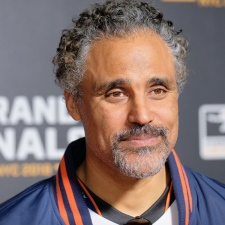 According to the Associated Press, Echo Fox partners Amit Raizada and Stratton Sclavos have both been accused of using investor funds for personal use with the latter allegedly taking a $2 million personal loan from the firm. Fox is seeking millions of dollars in damages.

In a decision made by several partners, Fox is to be removed as general partner on October 21st. Fox co-founded the esports organisation in 2015.

The exec claims Raizada has made threats towards himself and his family.

“Most people are afraid to deal with that. They’re afraid to speak up. My hope is that my shining a light on this situation with myself, others will not fall prey to his actions and his deception.”

However, attorneys representing Raizada and Sclavos claim Fox neglected his duties to the firm and that neither man used company funding for their own needs.

“Rick Fox’s lawsuit is a transparent attempt to divert attention from the train wreck he left behind at Echo Fox,” said Raizada’s attorney David Swift.

“Unfortunately, in the face of his impending removal as General Partner of Echo Fox for flagrant breaches of his duties to the company and its partners, this appears to be yet another attempt to deflect blame for Echo Fox’s failure from himself. Contrary to Fox’s propaganda, neither Sclavos nor Raizada misappropriated or misused any company funds.

“No monies paid to or for Raizada for his services were paid by Echo Fox or depleted any Echo Fox resources. Rather, Sclavos, Raizada, and their affiliates infused millions of dollars into Echo Fox over several years just so it could survive. Fox cannot say the same.”